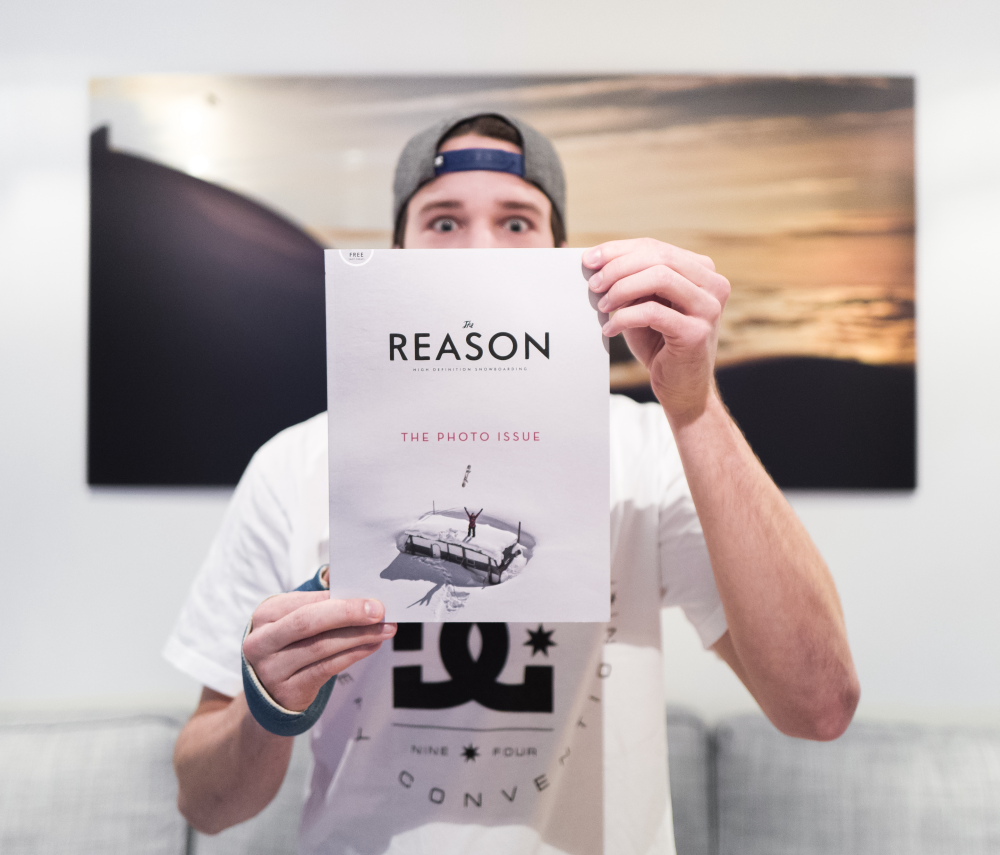 COVER of The Reason Snowboard Magazine “THE PHOTO ISSUE”. Very happy about my latest Cover with Philipp Schicker!

On the 5. of April, well into spring and just a couple of weeks before the end of the season Philipp Schicker and I saw the weather fore the next day –  it was going to be good. That night, it snowed almost 40cm and we knew it would be the last good powder day of the season. I had already taken a lot of action shots and I finally wanted to take some lifestyle shots, too. Philipp was the only motivated rider left at that time, which fitted perfectly. The next morning we met early at Hoch-Ybrig, our home mountain, and discussed what to do. At first, the fog was thick and the visibility zero. We were afraid, that the pow would turn to slush before the weather lifted and we would have to call everything off. Luckily after a couple of coffees and few ideas, the fog left and it was bluebird. Time for action. We packed our stuff and took the chairlift. We couldn’t believe our eyes, the 6. of April, so much pow and not a single track. We had to hurry because the sun was pretty warm. After a long hike, we arrived at one of our favourite spots, the legendary WHISTLER. We got a lot of great shots and were pretty happy. From this spot, on the way back to civilization, you come going cross a lonely camper in the middle of nowhere. We had totally forgotten about it and thought that it would be funny to shoot. After almost 5 minutes of hanging on the edge, Phil was finally able to climb on it. We got a bunch of good shots, but Phil is kind of sad, that this picture – and not his hairy butt – finally made it into a mag. Haha:-) That was one of my most productive days of the season and it was totally worth every drop of sweat.