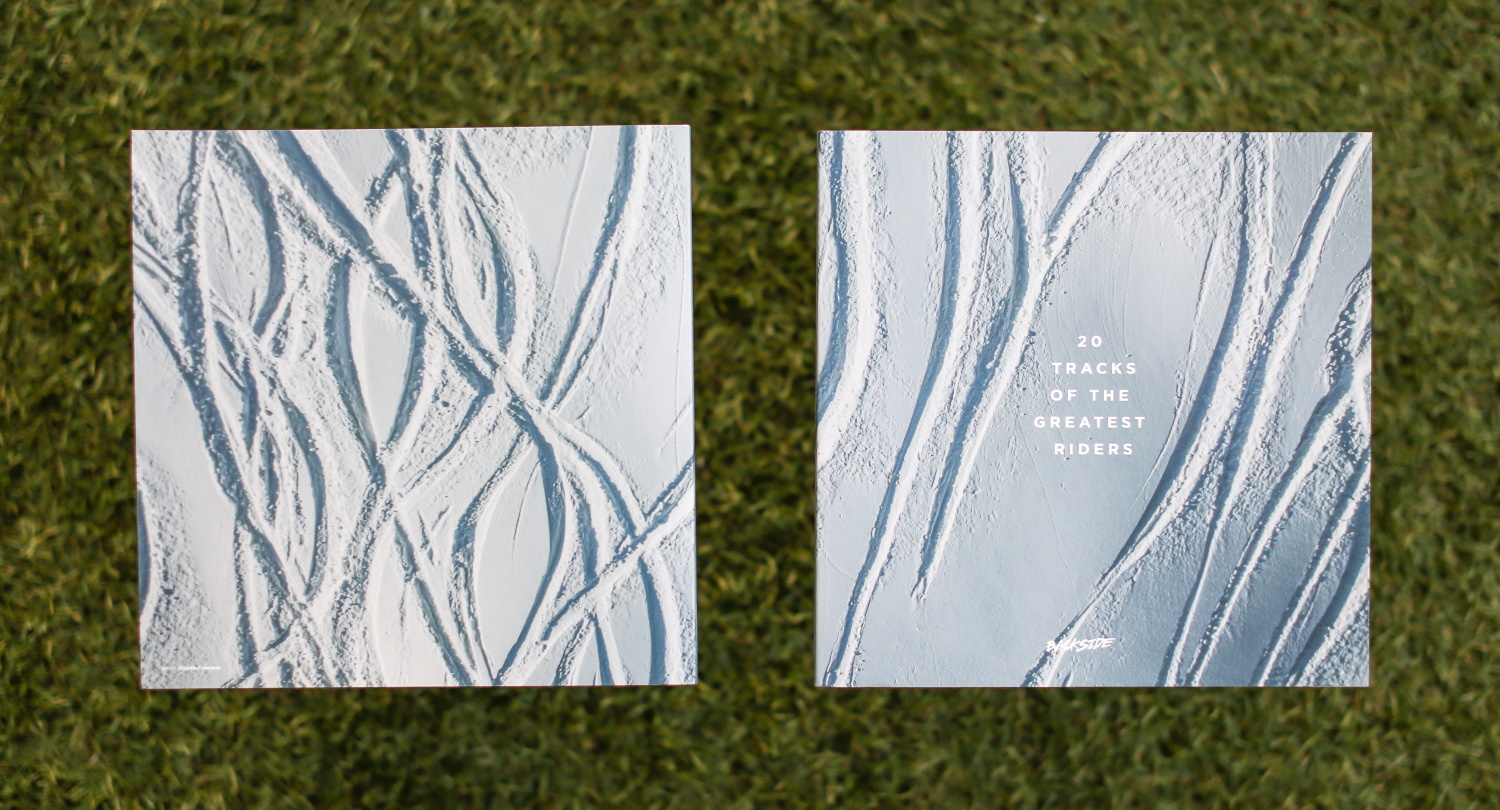 Footsteps of 20 riders who established a freestyle history,
“20 TRACKS OF THE GREATEST RIDERS”. A book that is edited in order to tell to later generations and can’t express enough through internet. As we mentioned in our issue 07, “BURTON, SIMS, AND CRAIG KELLY ── Freestyle Onkochishin ──” , we have already passed roughly half a century since snowboard was born. Snowboarding was born to ride ‘freely’, not to compete, it created a freestyle culture while snowboarders, who have been obsessed with its value and devoted their lives, have passed their batons to each generation. We guess that their insatiable inquisitive mind made them do it. A lot of snowboarders started gathering in a vast snow untouched mountain called backcountry and on a street which wasn’t prepared for the riders to do tricks in order to study the rides, and to express themselves. Not only showing the possibility of riding, but also showing their skills as an art piece through films and photos became a work of professionals. On the other hand, Halfpipe was adopted as an official event since Nagano Olympics in 1998. 20 years since then, Slopestyle and Big Air became an official, and snowboarding became a major sport while more difficult tricks are demanded rapidly. However, we still have kept a certain value in a way to resist it. Artists who step on only around 150cm boards, and decorate a canvas called the earth at the risk of their lives. Do you know any other athletes who are determined to carry out their own esthetics and styles to compete? These scenes nowadays were created and deeply involved by 20 snowboarders who are introduced in this book. Just like a track on powder snow, having left their footsteps in a snowboard history while having showed their each individuality, crossed each other, and established a freestyle history. We pay the highest homage to them, and I would like share this amazing world with you on this volume.